Much Ado about Ice?

He hobbled in (anyone with experience with a dramatic child can visualize the "exaggerated" style they present with when the injury isn't as serious as they wish it was...).
He wanted a bag of ice

I said No....and explained to him his injury was minor and didn't necessitate leaving a core class to seek medical care for something that occurred hours ago...I event pointed out that as a sophomore, we will be expecting more independence from him this year than last.

I sent him back to class without giving him a bag of ice...

Just as I expected, Hover Mama called "YOU DIDN'T GIVE HIM ICE? WHAT KIND OF NURSE ARE YOU?"
"YOU WILL NEVER TAKE CARE OF MY CHILD AGAIN, YOU HAVE LABELED HIM". THAT IS WRONG! (I do admit, I used the phrase "frequent flier" with her, and it is considered derogatory on some levels, should have said "he is a known visitor". There is your lesson in political correctness in school nurse lingo)

I tried my best to explain to mama that
1. My clinical exam and evaluation revealed no swelling, joint deformity or reason to offer ice just because he "asked for it".
2. Little Darling came to see me in excess of 40 times last year(I get tired counting that high....I quit at 40)...so he is a known visitor and I am trying to work on more independence now that he is a sophomore.
3. It wasn't medically urgent that he leave a core class for a minor concern when he was clearly feeling ok enough to leave campus for lunch. He wasn't hurting enough during his own time to seek care but during academic instruction? 90% of the "diagnosis" is made in the history (ok, I didn't tell her that, but was trying to impart this line of logic)
4. While yes, it is "just a bag of ice", I could just give it to him. However, the lost class time for a minor need is also an issue that needed to be addressed, along with the reality that I am responsible for the health care needs of 2300 students (yep, I am the only RN in the building).

If I spend it all day handing out ice packs (which could easily happen if I didn't set some limits on what type of care is provided during the school day), I will not be available to manage the true medical emergencies and administrative aspects of my job.

I sensed she was out for blood...so I tried to apologize but she wasn't buying it. We've all heard that tone of "no, just you wait, I am not letting this matter end".

I emailed my principals and their secretaries, giving them the heads up that an angry parent was likely to call them...maybe they can talk this mama off the ledge....I wasn't going there with her any more.

And should she head up the chain of command, determined to "get me in trouble" (because clearly that is what she wanted to do...again, you can just "tell)....

Well, then the cat will be out of the bag that Little Darling as a sophomore was in violation of the student code of conduct for leaving campus during the school day....(only upper class men are allowed to leave our building, AND his ride? was his cousin who attends another high school...another no-no for the students to visit the other schools during the school day)

My evil side will just love it if all her huffing' and puffin gets Little Darling in trouble. And just to show my snark, I'll deliver Little Darling a bag of ice to him when he sits in all day detention! ******

***Oh Don't worry, my faithful and trusted assistant will make sure I don't do something as petty as that...but it is always nice to imagine.

The honeymoon? Is so o.v.e.r: for me AND my students! (I still love what I do, where I do it, I'm just not a freshman anymore, and I'm setting some new standards/rules for what I'm willing to do. This seeing 85+ students a day simply has to end!)

Those milestone moments don't end after the first year... 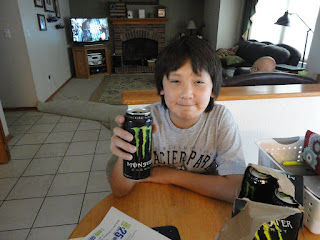 Last week, the "baby" had his first energy drink. Yeah, bad mommy...but he really was being very low key about his 12th birthday...declining offers to have friends over, go to water world, even said "don't really need a present Mom, we've done loads of stuff this summer". So, with that, how could I resist his tender request to "Do you think, I could maybe try, you know...an energy drink?".

The verdict? "Eww...way too sweet, it needed extra water"....followed by "WOW, these are expensive, I think I'll stick to lemonade". (yeah, glad at least for now, this curiosity has been quenched) 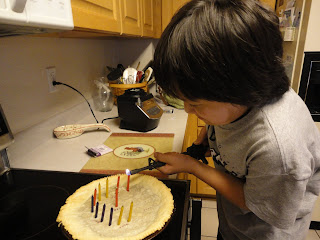 Next up was to let him light his own candles. Who could resist with the flame producing device we found on vacation...a long handle lighter shaped like an M-16 rifle. Despite my hovering, he managed to light all the candles without burning himself. 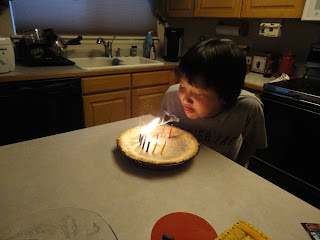 And finally....first time in years I had the right number of candles for the birthday cake.(um, make that pie, the boy wanted Huckleberry pie...just like we had on vacation. good thing he told me that while we were still in Montana and I could pick up the supplies). Yeah Me: usually I have no candles and we end up lighting the baptism candle. But this year? I had it right.

Now the younger Thing is officially 12 and has headed off to middle school. Day 2, and he asks his brother at dinner "When do we actually start to you know...learn stuff?" Apparently, 2 days of getting to know you stuff and he's ready to move on.

I snuck a quick peek at his getting to know you worksheet...here are some of the things he had to say about himself. 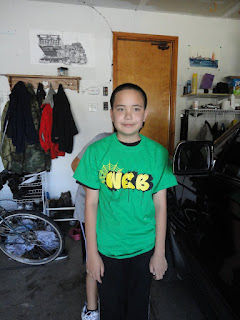 Proud Kid.....he's been selected to serve as a Web Leader for his middle school...think ambassadors for the incoming 6th graders...

This afternoon, the clouds rolled in and the thunder started to roll. From the next room, I heard Thing One remark "Wow, God must have had one baaaaaad burrito"

Hanging with the boys 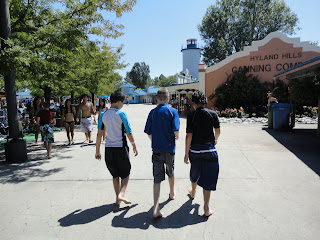 I wonder what they are talking about? 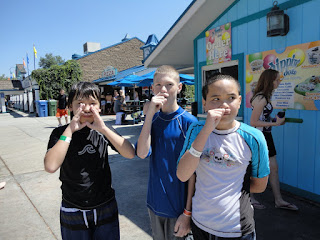 Apparently, nothing too deep...probably what to name their fake mustaches...

And that folks is where I'm at today....taking a line from the book I am reading to heart "...I'm not quite sure whether to grab my camera or just live in the moment. Usually I grab the camera and later regret it when the picture doesn't turn out.".

So, set the camera (or kepboard/laptop) down and go live in the moment...even if the moment is just laundry, cleaning and tackling paperwork (that's what my day looks like...sad but true).

P.S.: Mustache names have not been confirmed but so far we've got Jordego for Thing One, and other two...just can't decide...

Posted by Martha at 7:45 AM No comments: 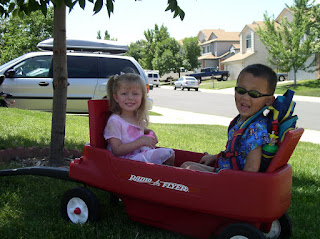 It's back to school for me...registration week. Time to crank up the blog with new school nurse stories.

Let's start the year off with a sweet story....An upside to working at the neighborhood school, is seeing the neighbor kids. Well, so far it has been an upside. I suppose I'll change my tune when or if I see them in a troubling situation. But so far, the neighbor kids have been friendly and happy to see a familiar face. Yesterday, a young girl that I've known since she was in 2nd grade was checking in. She's now a sophomore in high school. I spotted her talking to b.o.y.s. So I teased her "I'm gonna tell your mom". You see, my job is one part nurse-one part mama. She replied, smiling as she said "It's ok, Nurse Martha, they are Mormon boys". (see, I love working with this age group, they get my attempts at humor)
It's been good to be back at work this week. Keeping the hands busy so the mind doesn't wander. When my phone rang mid-day today, I was jolted out of my zone of working with some rather unsettling news. Judy's surgery did not go as planned and the situation has taken a new turn...not for the better.

I shall follow my son's recommendations (the wisdom of an almost 12 year old)...He told me "Mom, don't think of the sadness, if you can't just not think of it, then at least just think of the happy times with Miss Judy".

when did that boy grow up and how did he get to be so wise?

So tonight, I head off to bed...remembering and reflecting on all the Happy times we've spent with our favorite couple....Eric and Judy...and wishing them peace and courage to face the challenges presented today. 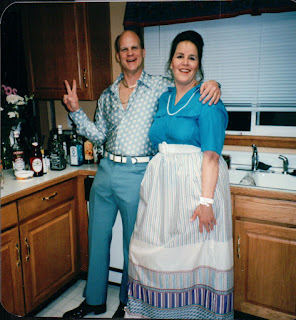 Last night, we gathered with friends to wish Judy well as she heads off to battle. On Thursday, surgeons will spend 10-12 hrs tackling the cancerous beast that has invaded her body. The surgeons will remove all that they can, and finish it up with a series of hot chemo infusions applied directly to the stomach...a "shake and bake" approach to battling cancer.
It is not a surgery for the faint of heart or weak in spirit. So, what better way to rally support than to have a party...to wish Judy well and to show her family (Hubby Eric and 2 of the 3 girls were there) that there is a whole community behind them. 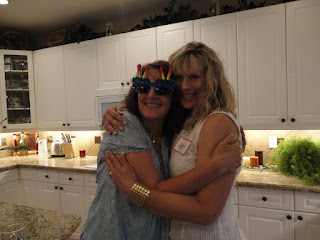 Thank you Patty C. for opening up your home and heart to this gathering of friends of the Lishes...You and Jack really know how to host a perfect party...even when the reason for the gathering is so very bittersweet! 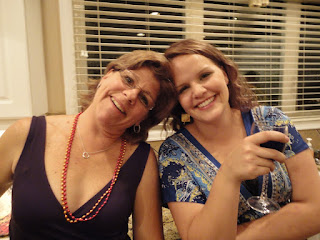 Donna, my trusted side kick on this journey of support(pictured here with Lish Lady #2, who yes, is legally old enough now to hold that glass of red wine)...Donna and I both work in the medical field....it has placed us in a challenging spot...we know the medical realities.... 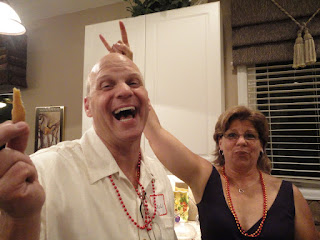 And yet last night, we set those realities aside and embraced the Lish Factor....through laughter and love, you can face any challenge thrown in your path! (that's our Mr. E, hamming it up for the camera) 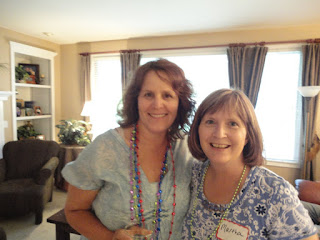 So to you my friend....remember the words of Jeremiah 30:17
"I will restore you to health and heal your wounds declares the Lord"... 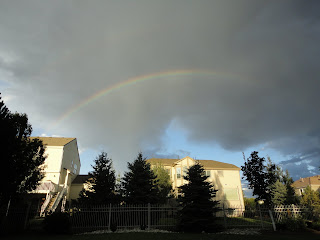 So, my confidence in riding isn't near what Hubby and his pals have. But, in my little baby step process, I am starting to step out, or rather "scoot" around the neighborhood a little bit more.

Sunday, I scooted to church. Sure, it is close to home but the only way to get there is to drive on THAT road...a neighborhood road where folks sort of do their own thing with regards to road safety and speed. Shoot, even in a cage it isn't my favorite road to be on. But, I figured I could handle it for the short 1/2 mile distance.

and of course, I did fine...(but missed the photo op of Stewart at church, sorry...the other parishioners were looking at me strangely as it was) 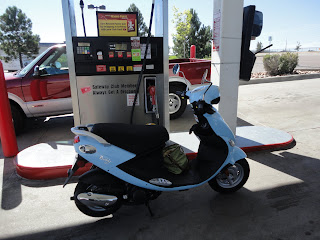 Oh would you look at that, I've finally used my first tank of gas. Time to fuel up. Hee Hee...didn't realize you could fill a tank with just the lose change in the bottom of your purse. (ok, not really, for convenience, I used the plastic, but I had enough change to have paid in coins) 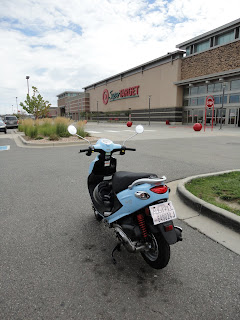 And today...Stewart met Target. I am sure they will form a life long relationship! The downside? Can't do much impulse buying when you have yet to decide on a supplemental storage system. What I bought had to fit under the seat (which it did).

So now, who knows what I'll try next? The mall perhaps? ....time will tell!